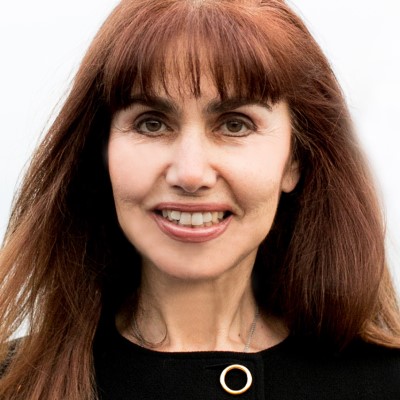 She is a serial entrepreneur and investor of many of the world’s top technology companies, including Salesforce, where she was the first investor and founding board member and served on the board of the company post its IPO.

Magdalena has been a technology pioneer who started her career as a semiconductor design engineer. Her multiple decades in Silicon Valley evolved with the technology industry, covering semiconductors, computers, software, online services, Internet access, e-commerce infrastructure, SaaS and consumer Internet. Magdalena founded three companies in succession, dedicated to commercializing Internet access, e-commerce infrastructure, and electronic payments. Her entrepreneurial work with UUnet, Cybercash, and MarketPay earned her the Entrepreneur of the Year title from Red Herring Magazine. Later Magdalena joined US Venture Partners as a general partner and went on to establish Broadway Angels, an angel group of female investors. Magdalena currently serves on the boards of SoFi, Zuora and Smartsheet. She received the 2017 Fearless Leader award from WomenOnBoards. Her book Power UP! How Smart Women Win in the New Economy, where she shares her learnings for success in the technology industry, has been a best seller since November 2017. She is one of the four female VCs featured in Julian Guthrie’s Alpha Girls, released in May 2019 and slated for a television series under the same name in 2020. She is an immigrant to the United States from Istanbul, Turkey and is of Armenian heritage. Magdalena holds a B.S. in Industrial Engineering and Management Science and an M.S. in Electrical Engineering, both from Stanford University.

11:00 - 11:45 AM
Learnings from Salesforce, the $100B dollar company that no VC would invest In
In this keynote session, tech entrepreneur Magdalena Yesil will share insights and stories from her 40+ years investing in some of Silicon Valley's top companies, including the successes and setbacks that happened along the way. Ms. Yesil will... Read more
See All Speakers